Cellular agriculture: how does it even work?
Meat from the lab could change the entire value network of meat production. However, no products have yet reached market maturity. How is artificial meat actually bred?
24 June, 2021 by

The following text is an excerpt of the European Food Trends Report which can be downloaded on our website.

The idea of growing meat in the laboratory is nothing new. Winston Churchill already predicted this method of producing meat in 1931: «We shall escape the absurdity of growing a whole chicken in order to eat the breast or wing. By growing these parts separately under a suitable medium.»

What was a dream of the future 90 years ago is now reality. The first beef burger cultivated from stem cells was eaten by testers in London in 2013. This burger was created by a team of researchers from the University of Maastricht under Mark Post, now the Chief Scientific Officer of Mosa Meat. There have been several developments since then: the California-based food technology company, Memphis Meats, presented the first synthetic meatball in 2016. The first chicken grown in the laboratory followed in 2017. Aleph Farms from Israel made a big breakthrough in December 2018 with the first steak grown in a petri dish. Researchers are also working hard on cultivating fish from stem cells. None of these products has reached market readiness yet.

Mosa Meat explains: The process of making cultured meat (also known as clean meat, in-vitro meat or cell-based meat) is similar to making livestock meat, except the cells grow outside the animal’s body. The first step is to take stem cells from the muscle of an animal. The idea: as stem cells create new muscle tissue when the muscle is injured, they should also be able to produce muscle outside the body. The cells are then placed in a medium containing nutrients and growth factors and allowed to proliferate just as they would inside an animal.

Slowly they develop into muscle cells and muscle fibre. As programmed into their DNA, the muscle cells start merging, contracting, and growing into a small strand of muscle tissue. Up to 800 million strands of muscle tissue (enough to make 80,000 burger patties) can be produced from one sample from a cow. When all these strands are layered together, a kind of minced meat is obtained. Genetic modification is not required for this process, says Mosa Meat. The cells in the petri dish are doing what they would normally do inside the animal.

Mince is not yet steak. But at the end of 2018, the Israeli start-up Aleph Farms managed to grow a steak. This is considered a milestone in the industry, as complex structures could not be grown previously. Aleph Farm’s steaks are small and only 0.5 cm thick. They grow because the researchers seed a kind of biological scaffolding with the different cell types that make up muscles. The cells grow and replicate the internal structure of meat within six weeks.

Meat grown in the laboratory could change the entire value chain for meat production. Except for the extraction of stem cells, the animal is no longer part of the production process. Meat is produced almost exclusively in the laboratory. Instead of stable breeding, feedlots and abattoirs, meat factories are set up with bioreactors in which stem cells are grown into meat. 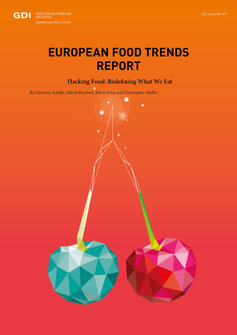